Connecticut, one of the first official US states, has a plethora of different habitats where many bird species can make their home. There are hundreds of different birds in Connecticut, of all different colors and sizes, but one type of bird is much less common than the others: the hummingbird.

Hummingbirds are the smallest bird species in the entire world, and while they are diminutive in size, they make up for it with their incredibly fast flight and beautiful, glittering plumage.

Many casual Connecticut birdwatchers will try to invite these bright little birds to their yards with a hummingbird feeder, and most of the time, it’s successful! But are there hummingbirds in Connecticut? If so, what can type of hummingbirds can you expect to see?

With all the different bird species in Connecticut, it’s hard to believe there is only one hummingbird species native to the area, but it’s true!

The Ruby-Throated Hummingbird is the only species you’re sure to see in the area, but if you’re lucky, a few other species might be passing through.

Let’s look into what kind of hummingbirds you might see in Connecticut.

Ruby-throated hummingbirds might be common in the Eastern United States, but these tiny birds are anything but boring. Both beautiful and full of personality, the Ruby-throated Hummingbird, is a favorite among hummingbird enthusiasts and a relatively easy bird to draw to your yard.

The Ruby-throated hummingbird is a beautiful bird that frequents backyards all over the Eastern United States during the summer before flying south in the fall. These amazing hummingbirds beat their wings more than 53 times per second!

While males have a shiny, emerald green body and a jewel-like ruby throat, females have a white throat with a more rounded tail than the male tail, which is a sharper, forked tail.

Connecticut is fully in the breeding range of the Ruby-throated Hummingbird, so all you should need to do to attract them to your yard is have a bird feeder full of fresh sugar water (4 parts water to 1 part sugar). Make sure to replace your water as needed since this sugary hummingbird treat can spoil quickly.

One interesting fact about the Ruby-throated hummingbird is that they are attracted to bright colors like red and orange, but the colors they prefer change depending on what the best nectar-heavy flowers are in the area.

If the best flowers for hummingbird nectar are red, the hummingbirds in that area will be attracted to the color red, while an area with purple flowers will attract hummingbirds and have these little birds flocking to that color instead.

The following three hummingbird species aren’t native to Connecticut, so there is no guarantee you will see one in your yard or the wild.

Some of these species have only been seen a single time in Connecticut, so while you shouldn’t get your hopes up about seeing one, it’s still a good idea to learn about these rare hummingbirds in CT so you can identify them if you do see them!

The Broad-billed Hummingbird isn’t native to Connecticut, but a lucky few may see some of the more adventurous Broad-bills during the spring and summer when they make their way into the United States. These birds usually frequent Mexico and Central America, but seeing one further north isn’t entirely out of the question.

While they are named for their bill, which is thicker than most hummingbirds’ bills, the Broad-billed hummingbird is also known for their brilliant colors and reddish beak.

Male broad-billed hummingbirds have emerald green plumage and a blue or turquoise throat. As you can see in the image above, females lack the vibrant male coloring and display green and grayish tones.

If you’re hoping to see this elusive and rare hummingbird in Connecticut, make sure to have full hummingbird feeders. They like wide-open areas, so planting deep flowers in a wide yard can also attract the Broad-billed Hummingbird.

Calliope Hummingbirds live and breed in the Western United States up into Canada, preferring mountain fields and the edge of streams to breed. During the winter, they will migrate south to Mexico.

Connecticut isn’t in the range of where Calliope Hummingbirds are typically seen, but occasionally, some of these birds will make their way further east and be spotted.

They are iridescent green, and while females have a gray and white chest and throat, the male will have bright, shimmering magenta rays on his throat, which is why they can sometimes be mistaken for the Ruby-throated hummingbird.

The Rufous Hummingbirds takes the idea that small is mighty to the next level. These fierce, rust-colored hummingbirds have been known to take on birds twice their size to protect their territory.

Rufous Hummingbirds are one of the hummingbirds with the broadest range, breeding in the far north up to Alaska and flying down towards warmer temperatures during the fall and winter.

Males are drenched in orange on their belly and back with a brilliant red throat. Females are more muted with metallic green backs, a light-colored belly, and pale rust around their sides.

This hummingbird loves a flower-filled field, but they can also be convinced to hang out and even make their nests near hummingbird feeders. One thing to be aware of is that their ferocity can make it difficult for other hummingbirds to return to your bird feeder.

While Connecticut isn’t in the migration range for the Rufous Hummingbird, these birds travel so much that it isn’t surprising that they have been sighted further east in North America.

Final Thoughts on Hummingbirds in Connecticut

Hummingbirds are one of the most fascinating creatures in the animal kingdom. With their bright colors and aerial acrobatics, they are a sight to behold. While Connecticut doesn’t have as many types of hummingbirds as other states, there are still some rare and beautiful birds that can be seen if you are lucky.

So make sure to keep your eyes peeled and keep your feeders full this summer to attract hummingbirds, and you might just be fortunate enough to catch a glimpse of one of these amazing creatures. 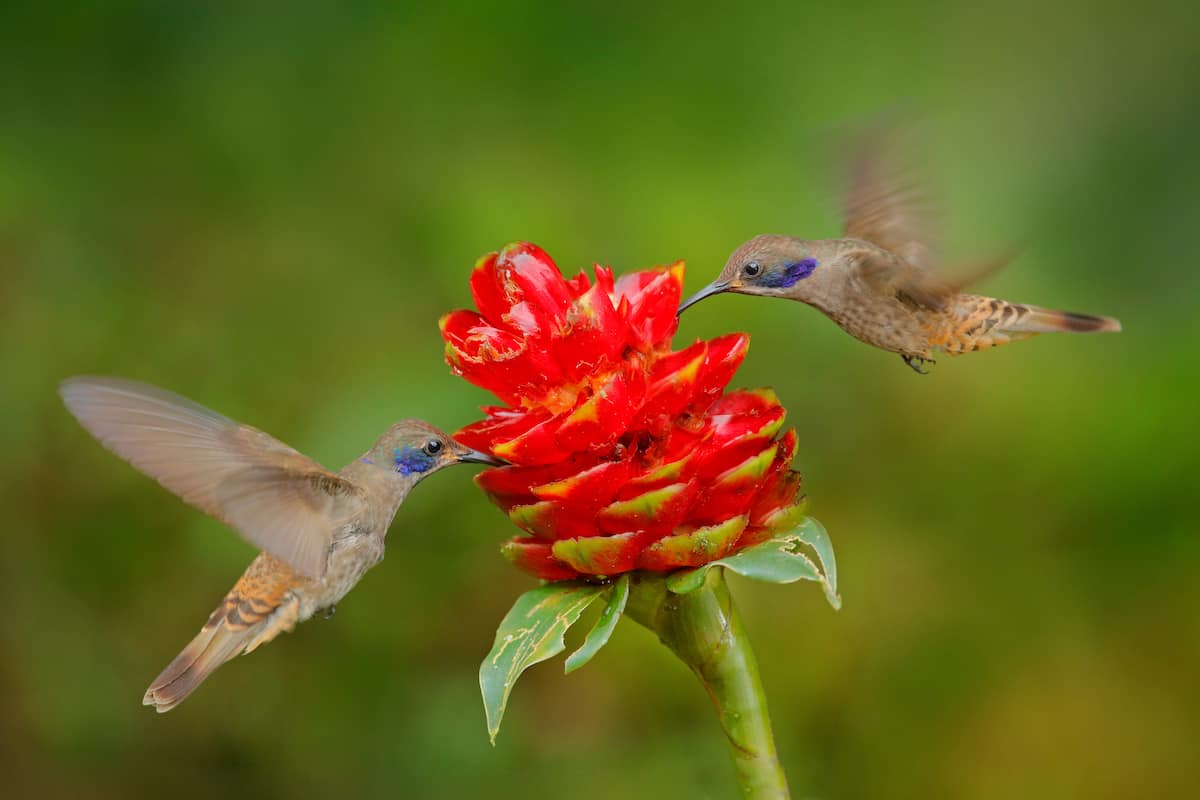 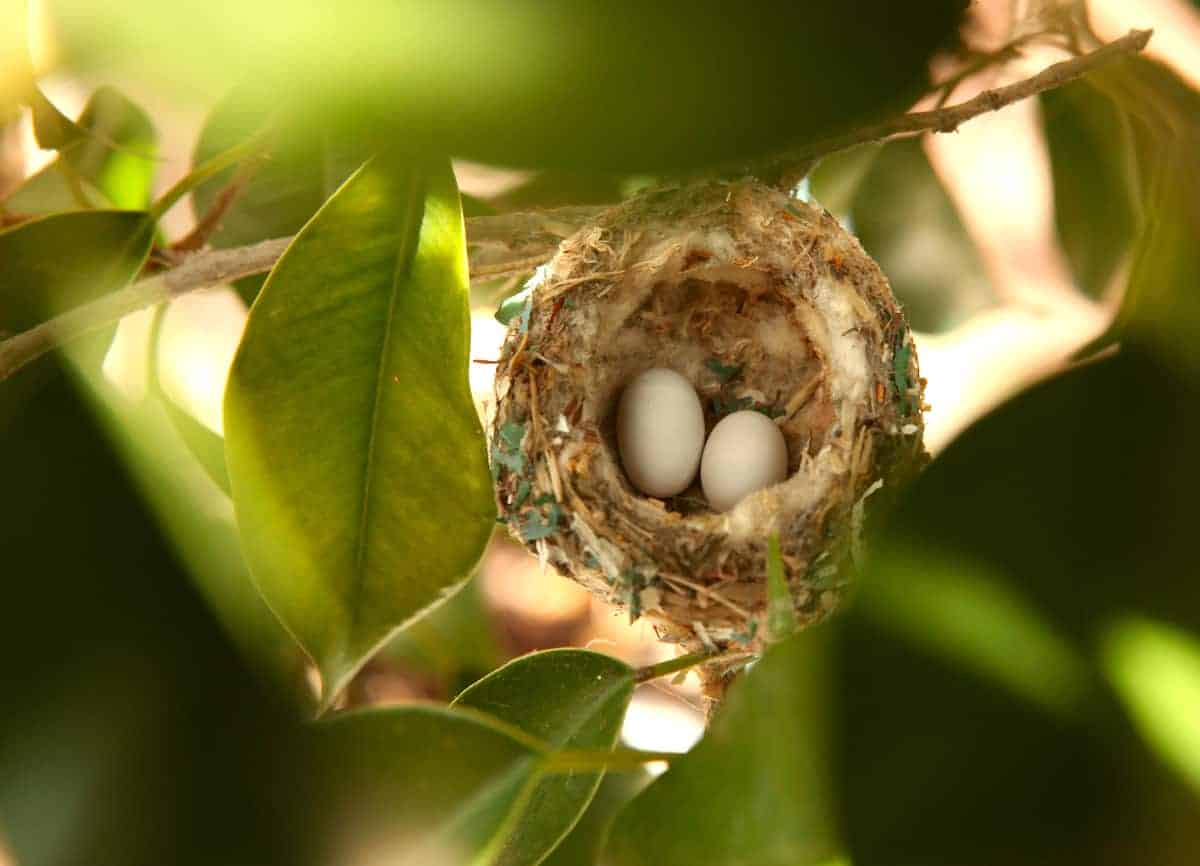 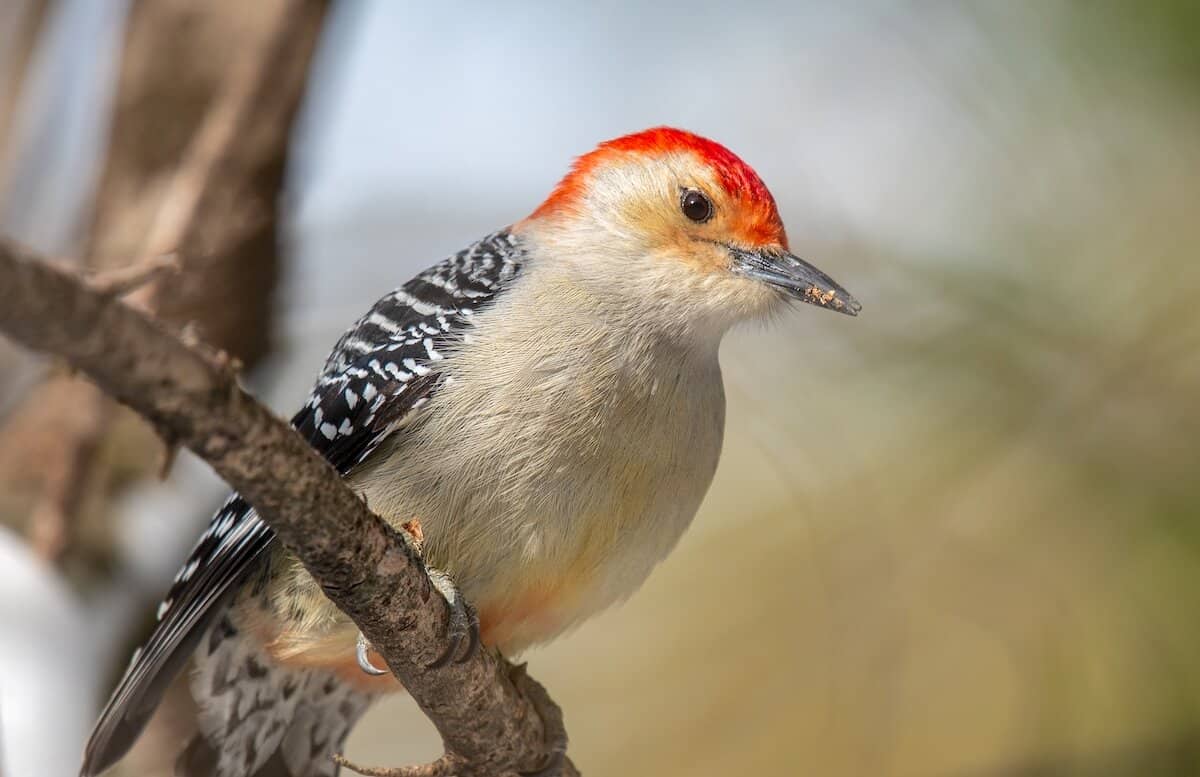 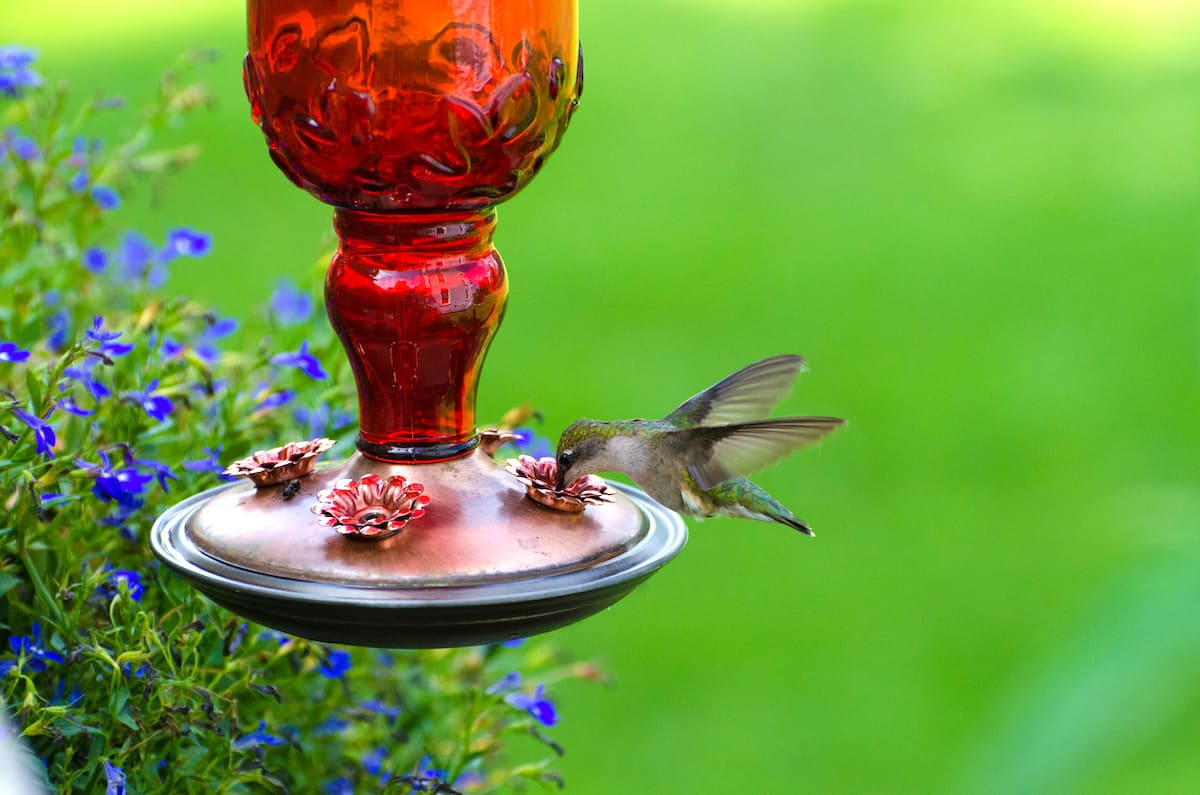 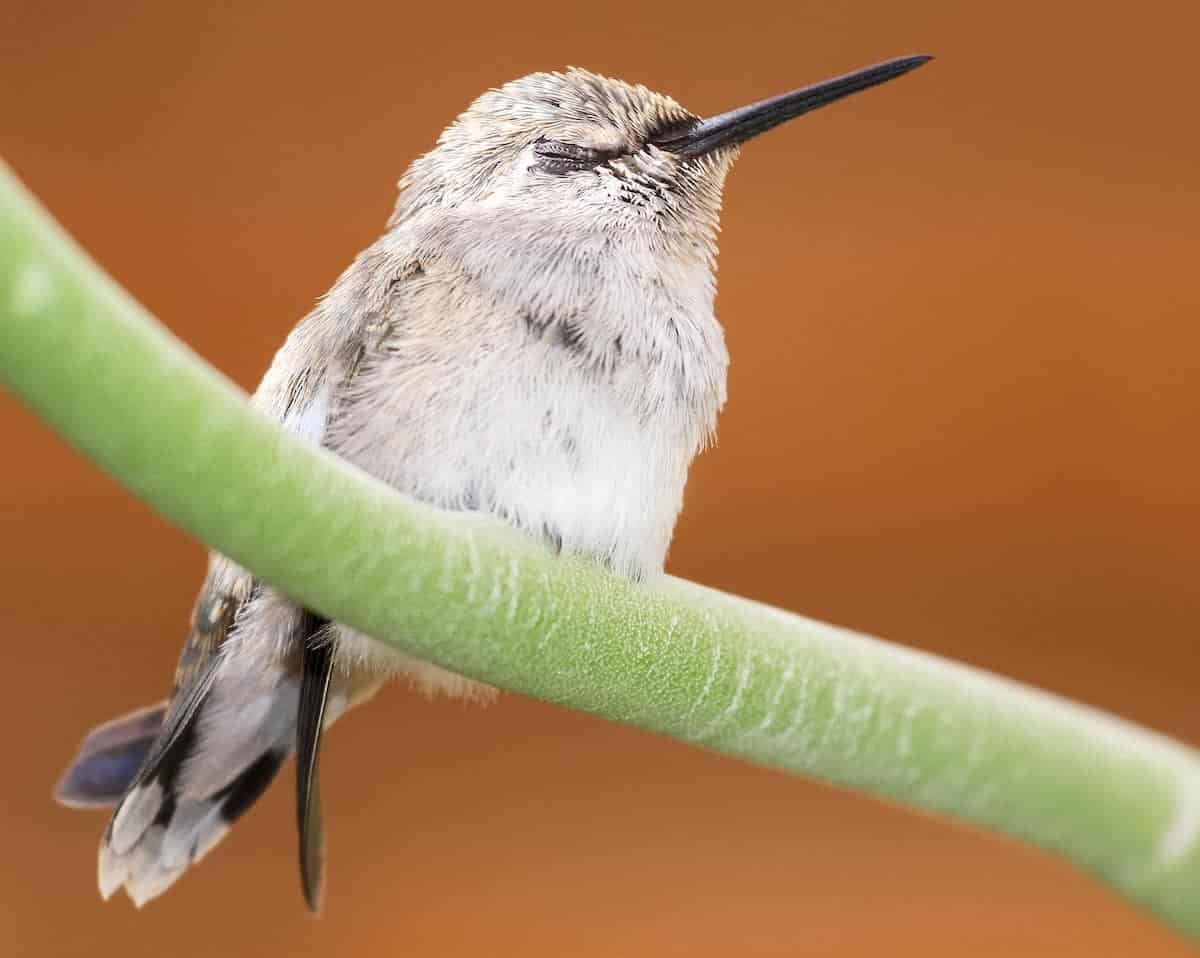 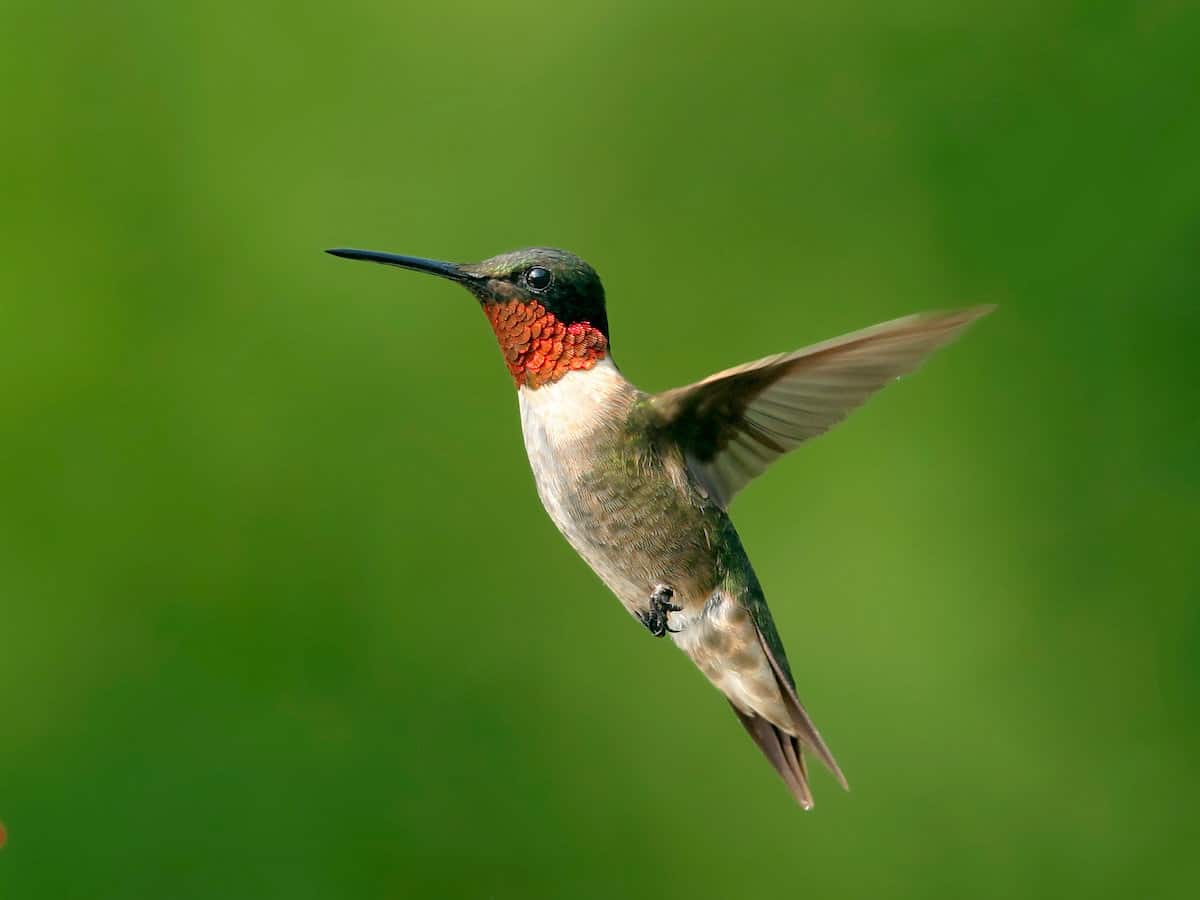