Setting up bird feeders in your yard is a fun way to experience the native wildlife in your area while also providing them with yummy, nourishing food that they will return for time and time again.

Once you’ve been feeding birds for a while, you’ll start to notice differences between some of the species, while others look strikingly similar to each other even when they aren’t related.

Some of the most challenging birds to tell apart are grackles and starlings. Both of these birds are medium-sized, with dark plumage that is iridescent in some spots.

When the sun hits either of these black birds, their feathers seem almost like jewels, but these similarities can make it practically impossible to tell the two bird species apart. When it comes to starling vs grackle, what are the differences?

Starlings and grackles have different body shapes, tail lengths, and differently colored feathers. The grackle is a solid black with an iridescent blue head, where the starling is covered in white dots on its iridescent black feathers, hence the star part of their name.

These bird feeder frequenters have some differences in their behaviors, too, and one of them might even be invasive in your area! In this post, we’ll go over the starling, the grackle, and all the things that set them apart.

Starling vs Grackle: What’s the Difference?

Upon first glance, these birds might look similar, but on closer inspection, their differences become apparent. While their color and general size are close enough to confuse some people, we can tell them apart just by sight if we know what to look for.

Here’s a list of some of the differences between starlings and grackles:

NOTE: In the US, there are three species of grackle: the common grackle (North, Central, and the Southern US), which we will discuss in this post, the great-tailed grackle (Mid-West and the Western US), and boat-tailed grackle (Gulf Coast of the US).

Size Difference Between Starlings and Grackles

Starlings and grackles aren’t significantly different in size, both of them being medium-sized birds that can easily visit a bird feeder, suet block, or sit on a power line, but birdwatchers with a keen eye might be able to tell the difference between the two on size alone.

Coloration Difference Between Starlings and Grackles

If both of these birds fly quickly past you, all you’ll see is a dark color, but when you look closer, there are actually significant differences in coloration and pattern in grackles and starlings.

Grackles are sleek-looking birds with bodies that are shades of black or brown, with iridescent indigo heads.

Starlings are short, stout birds with dark black or brown feathers with a purple or blue iridescence and small white dots all over the entire body.

Legs and Beak Differences Between Grackles and Starlings

It’s hard to see the coloration of a small bird’s legs or beak, but if you manage to get a good look at these features, you can use them to tell a grackle and starling apart.

Grackles have dark legs and a dark beak.

Starlings have a light-colored beak and legs, with the colors ranging between yellow and orange.

Tail Difference Between Grackles and Starlings

Tails are also a great way to tell grackles and starlings apart.

The grackle has a long tail that can be nearly as long as its body, while a starling has a short tail without any obvious markings or unique attributes.

Range of Starling vs Grackle

Although starlings are a regular sighting during the spring and summer in North America, with flocks that sometimes cover large portions of the sky, they actually aren’t native to that part of the world!

A starling, whose official name is the European Starling, is native to Europe and parts of Asia and Africa.

Starlings didn’t sneak into the United States like some other species. Instead, all the starlings in North America today stem from the first 100 starlings that were released in New York in the 1890s. The birds were released as an homage to William Shakespeare, but they have become a nuisance of epic proportions.

Grackles, on the other hand, are native birds to North America.

Do Starlings and Grackles Flock Together?

Yes, once nesting season is over, starlings and grackles will flock together in enormous flocks that number among the millions.

Sometimes, these large flocks will split up into species-specific groups at night when they go hunt for food and to roost, coming back together as a big group in the morning. Other times the flock will stick together for all activities, roosting during the night as a large, multi-species group.

Birds form flocks like this because of a common destination they all share and because there is safety in numbers. A group of millions of birds is much less vulnerable than a group of just a few starlings or grackles traveling on their own.

How Do You Identify a Starling Bird?

You can identify a starling by its speckled plumage and yellow beaks. Starlings can also be identified by their humongous flocks and the murmurations they perform in the sky.

As its name suggests, a starling’s feathers resemble a starry night sky with many white speckles on a background of iridescent blue and purple. This feather pattern is unique among black birds commonly found in North America, and these speckles are a great way to identify starlings.

If you’ve ever seen a flock of birds that seem to stretch for miles and move in patterns in sync with one another, you’ve probably seen a flock of starlings. These synchronized movements are called murmurations and are also a good way to tell flocks of starlings apart from other flocks of birds.

Starlings and grackles eat insects, berries, nuts, grains, and seeds (including sunflower seeds), although they don’t love safflower seeds or nyjer (thistle) seeds. You’ll often find them foraging in the grass for food.

If you want to keep both birds away from your feeders, get a feeder that requires them to perch upside down to access the food or use caged feeders that keep them from getting to the food.

You can also feed them cracked corn on a tray feeder to keep them away from your other feeders.

But keep in mind that both starlings and grackles are considered bully birds and can intimidate smaller birds like hummingbirds, so it’s up to your if you want to encourage them to hang around your backyard.

Are Blackbirds the Same as Starlings?

No, blackbirds are not the same as starlings. Starlings are a non-native species of bird that is invasive to North America. Blackbirds, which include bird species such as grackles, cowbirds, and red-winged blackbirds, are native birds.

Even though starlings are black, or close to black, in color, they aren’t blackbirds. Blackbirds are a distinct family of birds that included North American birds like red-winged blackbirds and grackles, among other species, but since the starling is an invasive European species, they can’t be considered a true blackbird.

Starlings and native blackbirds share a lot of similarities, including diets of insects and seed, appearance, size, and preferred nesting locations. But since starlings were never meant to be in North America, especially in the enormous numbers they are now, they were never considered to be blackbirds.

NOTE: The American crow is a black-colored bird but not a blackbird. The crow, well-known for its noisy cawing, is a member of the Corvidae family, which includes birds such as ravens, jays, and magpies.

If you spot a black-colored bird on your lawn or trying to get at your suet feeder, you can use their size, plumage, and beak color to help you tell them apart.

Starlings are smaller than grackles and have speckled plumage with yellow beaks. Grackles are larger birds with glossy plumage and yellow eyes.

Hopefully, this post has helped you learn how to distinguish between these two common backyard birds so that you can enjoy watching them both in your yard and neighborhood. 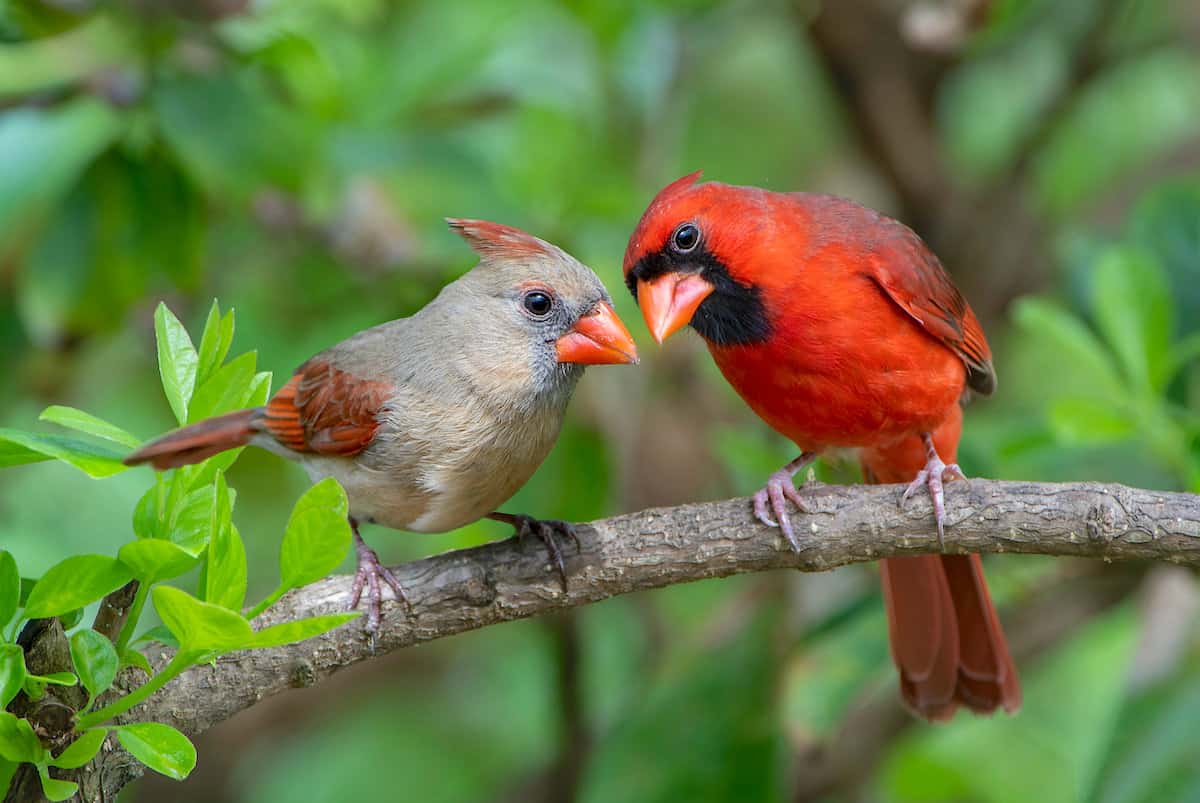 Louisiana, also known as the Creole State, is one of the most biodiverse and beautiful places in the United States. Often thought of as just swampland, Louisiana is actually much more complex than that.  Containing coastline, forests, wetlands, lowlands, and yes, swamplands, Louisiana is incredibly diverse in the number of different habitats it holds. Not…

Maine, the northernmost state in New England and the easternmost state in the United States, has a lot more to offer than lobsters and lighthouses. This beautiful part of North America might get cold during the winter, but it is a state that is full of thousands of different animal species, as well as almost…